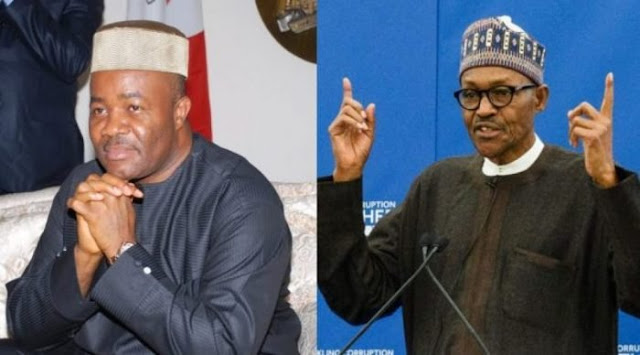 A Group has given reasons to sack the Minister Godswill Akpabio, of Niger Delta Affairs to President Muhammadu Buhari.

The group wants all members of the Interim Management Committee of the Niger Delta Development Commission sacked.
The team pointed out that President Buhari had admitted from the IMC to wrongdoing, including that this must be sufficient reason to allow him to act. Remember that when Buhari was asked what he thought in the NDDC and the EFCC, ” the President reported that confidence has been jeopardized by a number of his appointees.
The team wondered why the President was adding that Akpabio, along with the IMC emboldens to keep the pillage of this Commission. Comrade Godknows Sotonye included in a statement this.
In addition, it pointed to the National Assembly report about the abuse of N81.5 billion in only a couple of months from the IMC and under the watchful eyes of Akpabio, insisting the fiscal recklessness had lasted.”The Feeling MD Prof Keme Pondei along with his IMC colleagues shouldn’t stay in the office each day more,” the team stated.
“We can’t afford postponed action by the president, and this provides these officials who have mistreated public trusts like Akpabio along with the IMC more time to perpetrate additional infractions when there are already recognized instances of corruption, fraud, self-enrichment, fiscal recklessness, misuse of due process and mismanagement against them.”
The President must fit his words with actions and see the 116-page report and resolutions of the Senate about the fiscal recklessness of this NDDC IMC, which has been embraced.