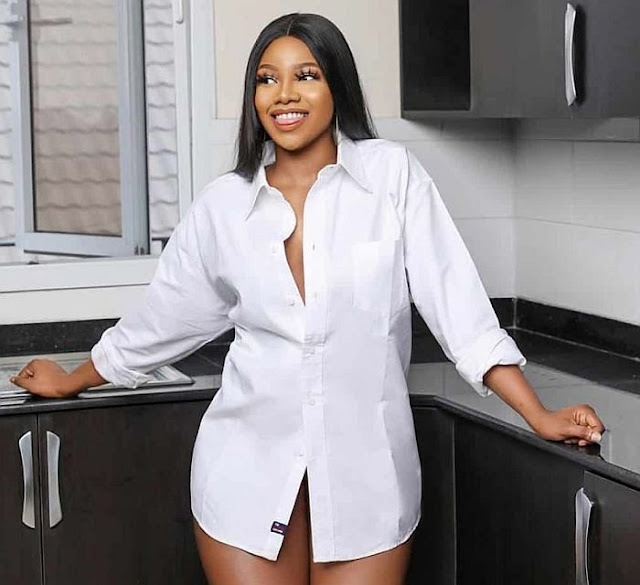 Former Big Brother Naija housemate, Natacha Akide has recounted the efforts her late mom made in order to raise a confident daughter.

Speaking during last night’s episode of BBNaija reunion, Tacha revealed how her mom would always try her best to make her feel contented with whatever she has.

She also added that seeing her mom pass through pain for one year before she finally passed away also made her stronger and more confident in herself.

Speaking further, Tacha also revealed how people who her mom treated with care and love turned their backs on her after she fell sick and died.

Destiny Etiko engaged a male fan in repartee on social media shortly after she new photos of herself on Instagram.

“All branded and fully kitted with my killer curves sincher

A male fan who momentarily got smitten by the actress asked for her number jovially. He commented “hey wait can I have your phone number? E get why biko”.

Destiny replied with laughing emojis which shows she found the guy’s request funny. 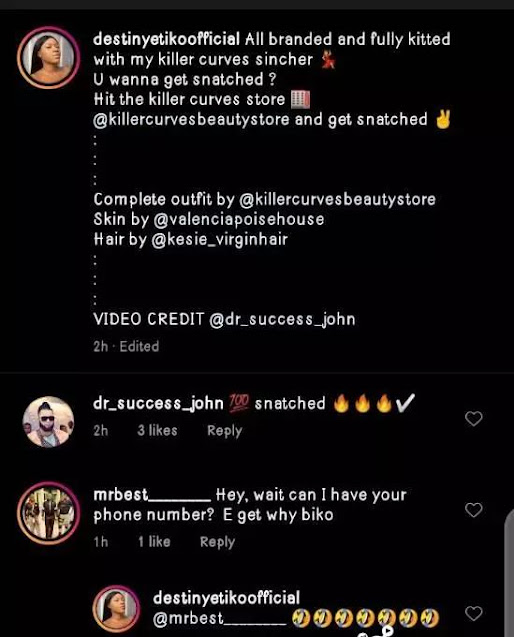