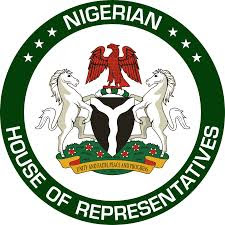 Committees to probe killings, welfare Lawmakers SENATORS yesterday to see with officials bemoaned the killing of 44 soldiers attached Borno State, at Melete to the 157 Task Force Battalion by Boko Haram insurgents.  A sombre atmosphere enveloped the plenary since the lawmakers took turns into condemning the”massive loss”.
The casualty figure and specifics of the assault remained vague yesterday.  Some sources said the figure was greater than 44.  Army spokesmen didn’t respond to queries.  Inspect the wellbeing and welfare of troops participated in surgeries and the legislative body arranged its own committees on Defence and Army to investigate the killings.
Na’Allah decried military personnel battling in the Northeast’s plight, stressing that among the officers was his cousin.
The standing committee Army was mandated to execute the investigation.  Contributors, such as Deputy Senate President Ike Ekweremadu, bemoaned the tasks of officers and men of the Armed Forces combating Boko Haram.
They called upon the Federal Government as well as the army government to adequately equip the employees and tackle most of the welfare-related troubles.  Senator Andrew Uchendu (APC, Rivers East), implied the Senate closed down for the afternoon, instead of simply celebrating a moment’s silence for the murdered soldiers.  Uchendu stated: “Mr President and dear colleagues, I don’t have any reason to doubt that the amount of those 44 dead soldiers.
However, if this figure is correct, then that Senate has to emerge and show enormous concern, not only one-minute silence.  “We have to close down for an entire day in honour of these fallen heroes”  The plenary was introduced to an end.  There were reports about nine farmers in the area were murdered in the assault.